Here you’ll find Craig’s story. It’s pretty long, but each part is really important to understand how and why he works with dogs every day.

Struggling to fit in as a child, Craig found comfort and confidence in the company of his Grandad and his police dogs. Craig spent much of his childhood with his late Grandad and remains eternally grateful to him for nurturing his natural ability to interact and communicate with our canine companions.

Feeling a little secluded from children of his own age, Craig spent much of his time when not with his Grandad reading and studying about dogs of all shapes and sizes. He soon became completely fascinated and admittedly even a little obsessed with dog behaviour.

Although, as he got little older he managed to adjust well through high school and fit in, his fascination with dog behaviour continued.

In his late teens, Craig met a very experienced dog behaviourist who quickly spotted Craig’s natural talents with dogs. The dog behaviourist would become one of Craig’s mentors and take him under his wing. From this point onwards Craig’s knowledge and practical skills with dog behaviour, training and management began to excel.

Craig has continued to gain a wealth of experience working to help human and dog teams to overcome a huge range of behavioural problems, problematic behaviours and training challenges.

Craig has always had a strong desire to work with and train working dogs which he believes is definitely due to all of the time spent with Grandad and his police dogs. In his early twenties, he discovered a worldwide dog training competition called Mondioring. The sport replicates the national police dog assessment model with the dogs being trained in obedience, agility and criminal apprehension.

At this time there was very little information on the sport in the U.K and only one active competitor who regularly travelled to Europe to compete and had been doing so for over a decade. Craig contacted the gentleman and was able to secure what would be his first trip of many to France to begin his training as a Mondioring decoy.

A Mondioring decoy is trusted with the very important and skilled job of training and testing the dogs for the criminal apprehension part of the sport. This involves wearing a padded costume which is comparative to a tug toy that you can wear. Whilst wearing the costume the decoy then teaches the dogs to happily grip the costume as if it was a tug toy and during the competition test the dogs gripping quality, technique and courage.

The gentleman that Craig had contacted originally to help him learn all about the art of the decoy would later become another irreplaceable mentor and Father figure in Craig’s life, another person that he is extremely thankful and grateful for. They would go on to spend hundreds of hours together travelling thousands of miles all over Europe for both competitions and training sessions.

Craig applied his normal focus, hard work and dedication to mastering all of the techniques of the decoy, working at a furious pace towards his goal of becoming the first and only Englishman to pass the rigorous decoy selection process and earn his decoy license. This would give him accreditation to test dogs in competitions all over the world.

Just 18 months after his first visit to the training club in France, Craig went on to pass the decoy selection process. To start Craig was given a written exam in French on his knowledge of all of the techniques, rules and procedures of the competition which was particularly difficult as prior to his first visit to France he spoke no French at all.

Following this he was tested on his physical fitness whilst wearing the costume, this consisted of completing an assault course, a kilometre run repeated twice and directional sprint tests all whilst wearing the heavy padded costume. Craig was then tested by three separate French Mondioring officials in which he had to test several dogs on all aspects of the criminal apprehension.

After a very long and demanding day, Craig achieved his goal of passing the selection process and was given his prestigious decoy license becoming the first Englishman ever to do so.

After gaining his decoy license and proving his skill level, Craig was invited all over Europe to test and train world championship level dogs.

During his time spent travelling and training around Europe and the UK, Craig made his discovery. He had always seen the costume that he wore with pride as a big tug toy, the discovery came when he realised he could teach the dogs to grip onto the costume in exactly the same way as he would teach them grip on to any other toy. He went on to teach dogs of all different types and ages to grip on to the costume by using the art of play, correctly evaluating their behaviour.

Craig developed techniques that allowed him to adjust and adapt to each dog’s needs which allowed him to captivate the dog’s minds and enhance his ability to communicate with them. Craig’s unique techniques built remarkable relationships with the dogs in a very short space of time.

As the costume had effectively become one big Interactive Play Toy, Craig realised that he could replace the costume with a normal dog toy and use his techniques to help dog owners from any background to create a unique positive reinforcement strategy to suit each dog as an individual.

Craig was approached by a publishing company who asked if he would write a book on his ‘Interactive Play System’ that was rapidly growing in success and popularity. Eager to spread his system and message to help as many dog owners as he could, Craig accepted the publishing companies offer. He went on to write his book at a furious pace completing the document in a three- month period. Craig based the book on his keynote acronym based I.N.T.E.R.A.C.T.I.V.E(TM) system elaborating on all of the elements of creating an amazing Interactive Play Experience with your dog.

The book gives dog owners from all different walks of life the ability to help captivate their dog’s mind, enhance their ability to communicate with their dog and enrich the relationship that they share. Craig’s book ‘The Interactive Play Guide’ was launched with a book signing at Crufts.

Becoming increasingly busy with workshops, behavioural consultations, speaking engagements and as well as writing his book, Craig was also approached by a police dog training manager. The manager asked if he could come and deliver a key note talk and hold some practical problem-solving training sessions with some of his forces operational police dogs and handlers. Craig’s unique experience and qualifications to train and test working dogs allowed him to willingly accept the offer.

After delivering the first set of training for the police, the dog training manager asked Craig if he would be interested in taking a Civilian Police Dog Training Instructors role, this would make Craig one of the very few civilians in the country to hold this qualification. Although Craig knew that accepting the role would add to his rapidly growing schedule and leave him working seven days a week for the foreseeable future, he accepted yet another challenge.

The work with Police was particularly appealing to Craig for several reasons: firstly because of his love for training working dogs but also because of his desire to help the police handlers and the dogs that do such an amazing job for society. Craig continued to hold the memory of where his journey began with his Grandad and his police dogs and although his Grandad had passed Craig knew that taking the job would make him immensely proud.

Craig went on to gain irreplaceable qualifications and experience training police dogs, he took handlers from the beginning of their training all the way through to licensing standard. Craig took great pride and enjoyment in his work with the Police aiming to help all of students and their dogs become well schooled in the fundamentals of dog behaviour and the training of working dogs.

As much as he loved his full time work with the police dogs, his rapidly growing schedule and desire to spread his message to help as many dog lovers as possible led him to make the difficult decision to stop his full time employment with the police. He could not let go completely though, and will always offer training and deliveries to the cause that he holds so close to his heart. 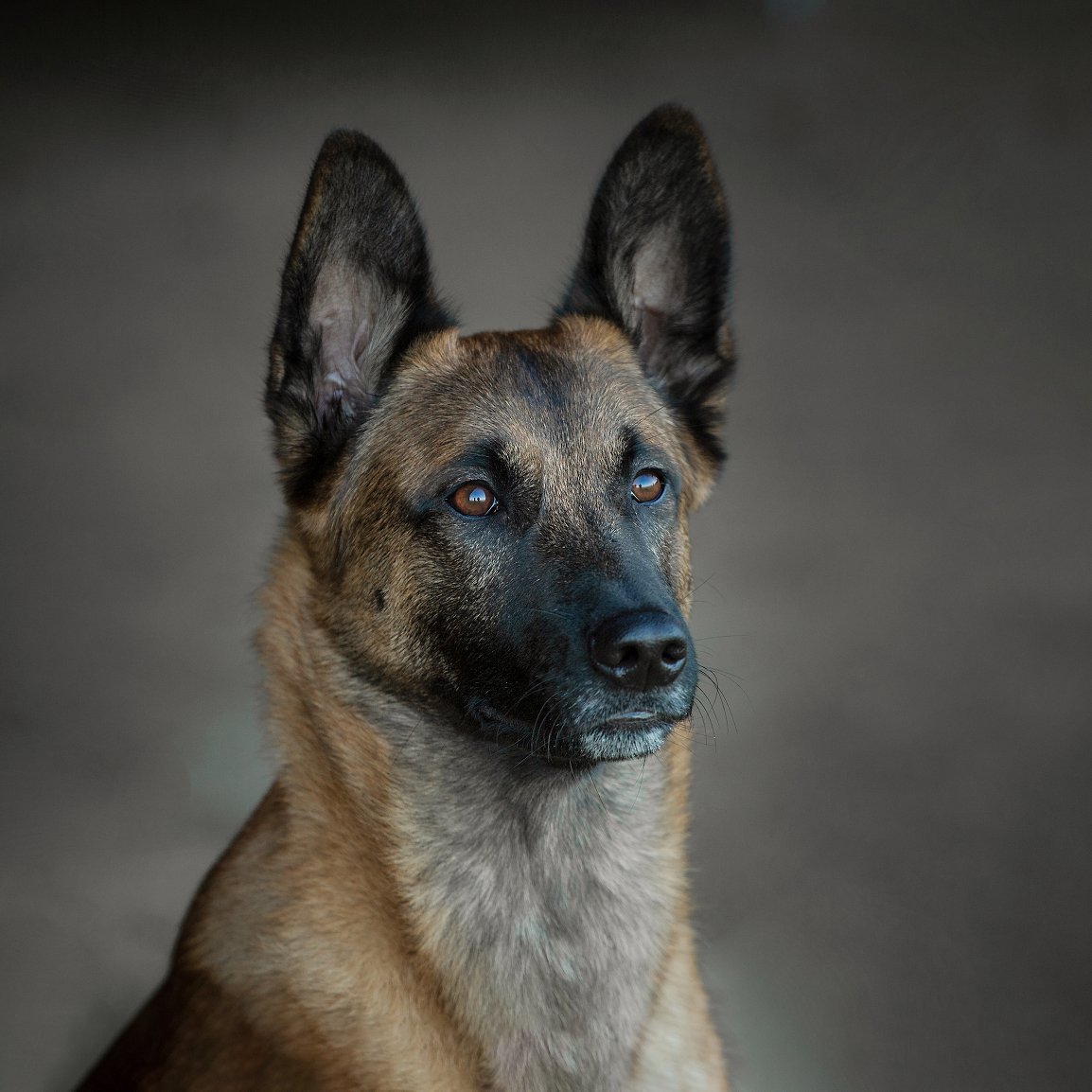 “Zen is my crazy, loveable goof ball of a young Malinois. We are currently training in preparation for Mondioring competition. He gives everything we do all of his energy, when we are not training he comes on my daily cardio trips, travels the country with me to deliver seminars and is happy relaxing in between activities sleeping in my office whilst I work.” 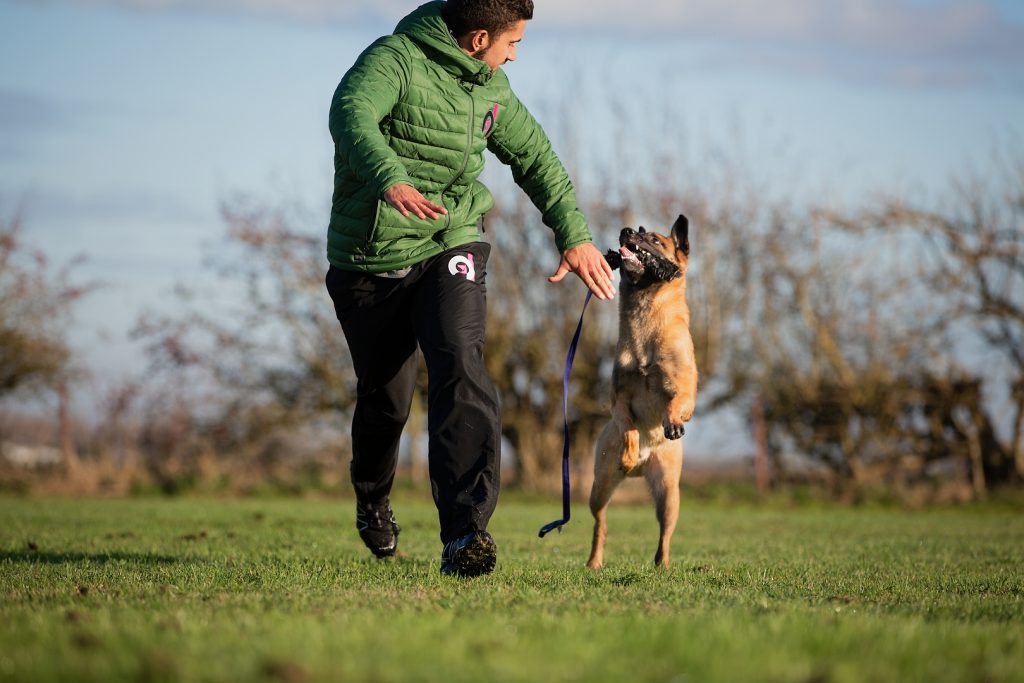 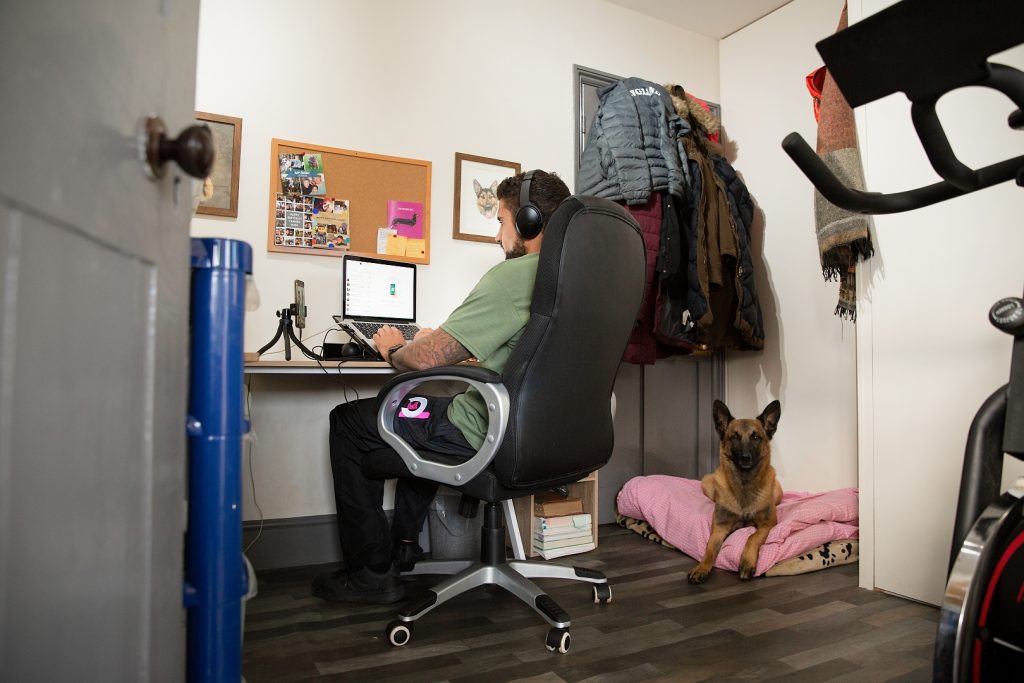 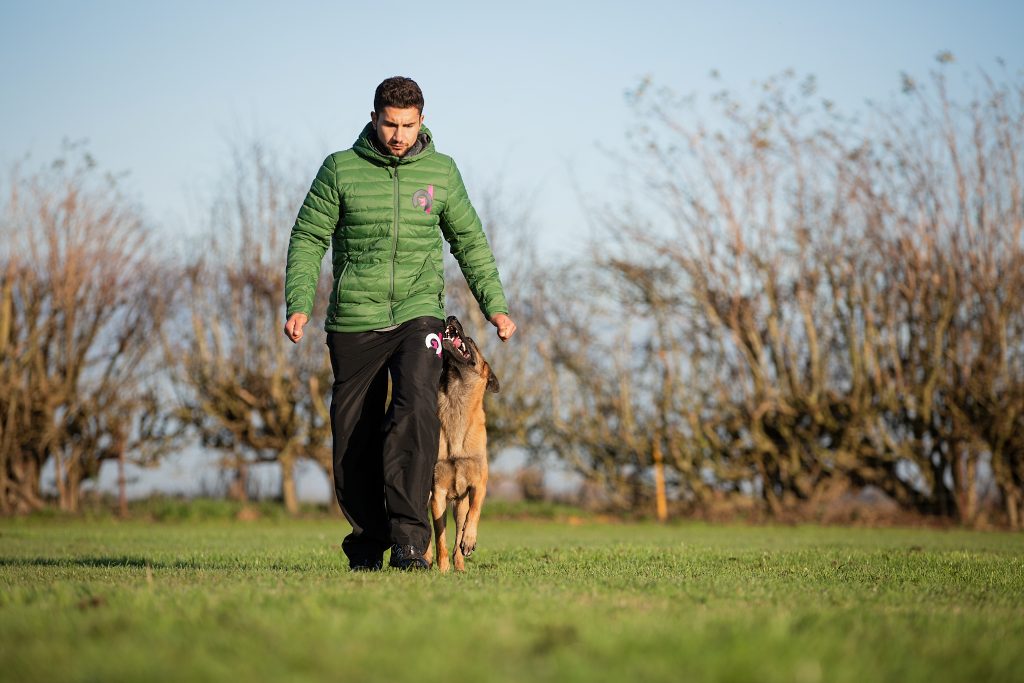 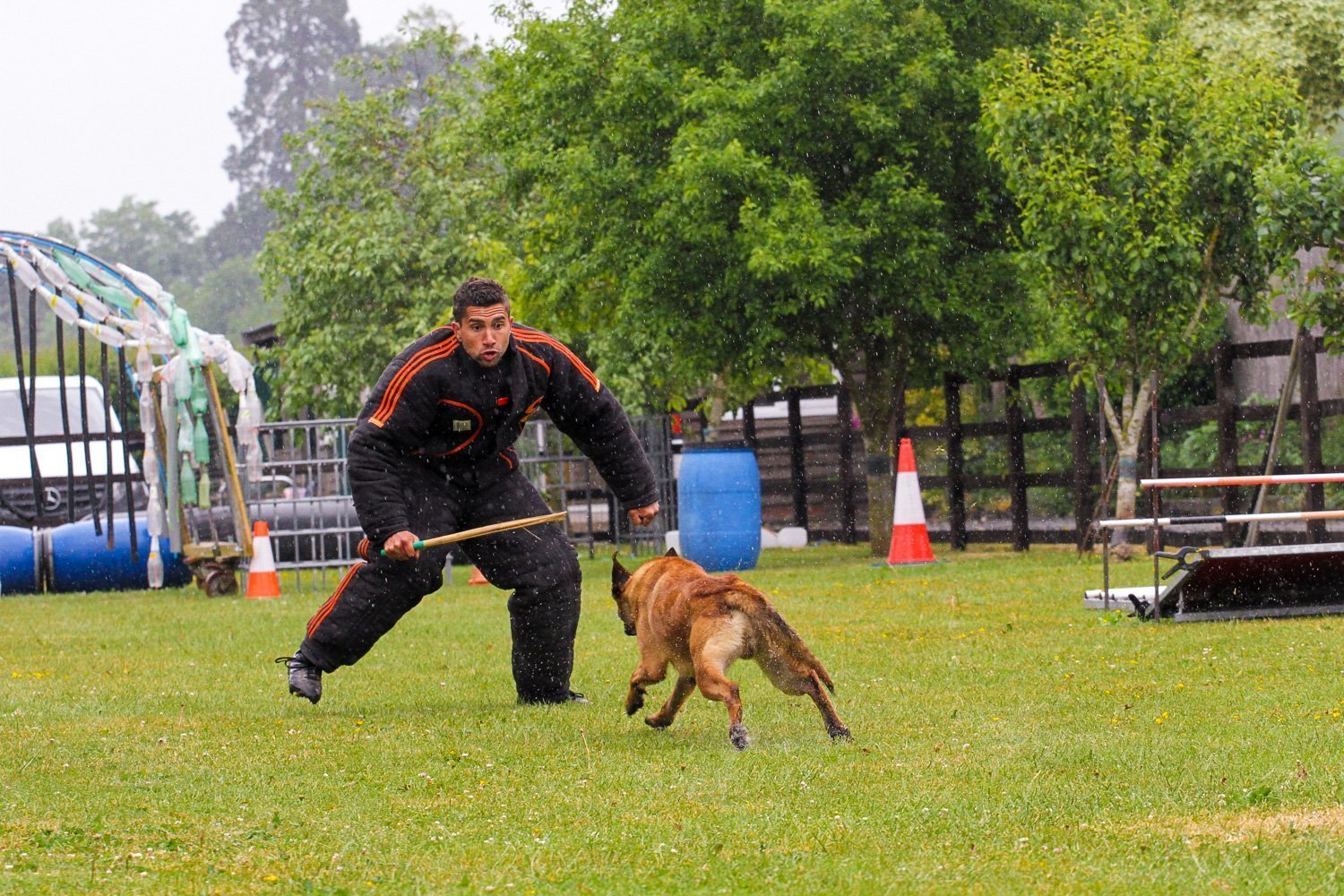 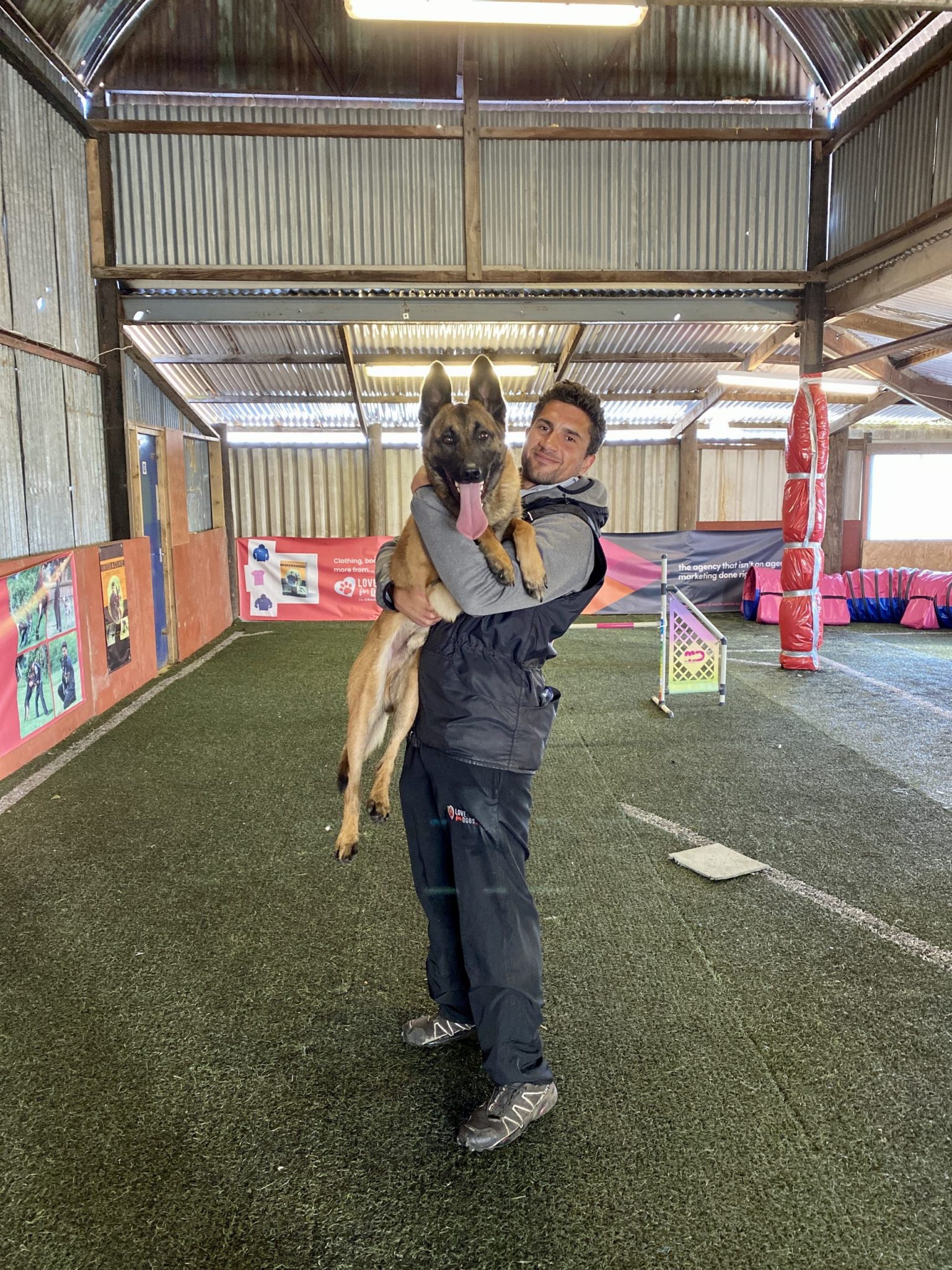 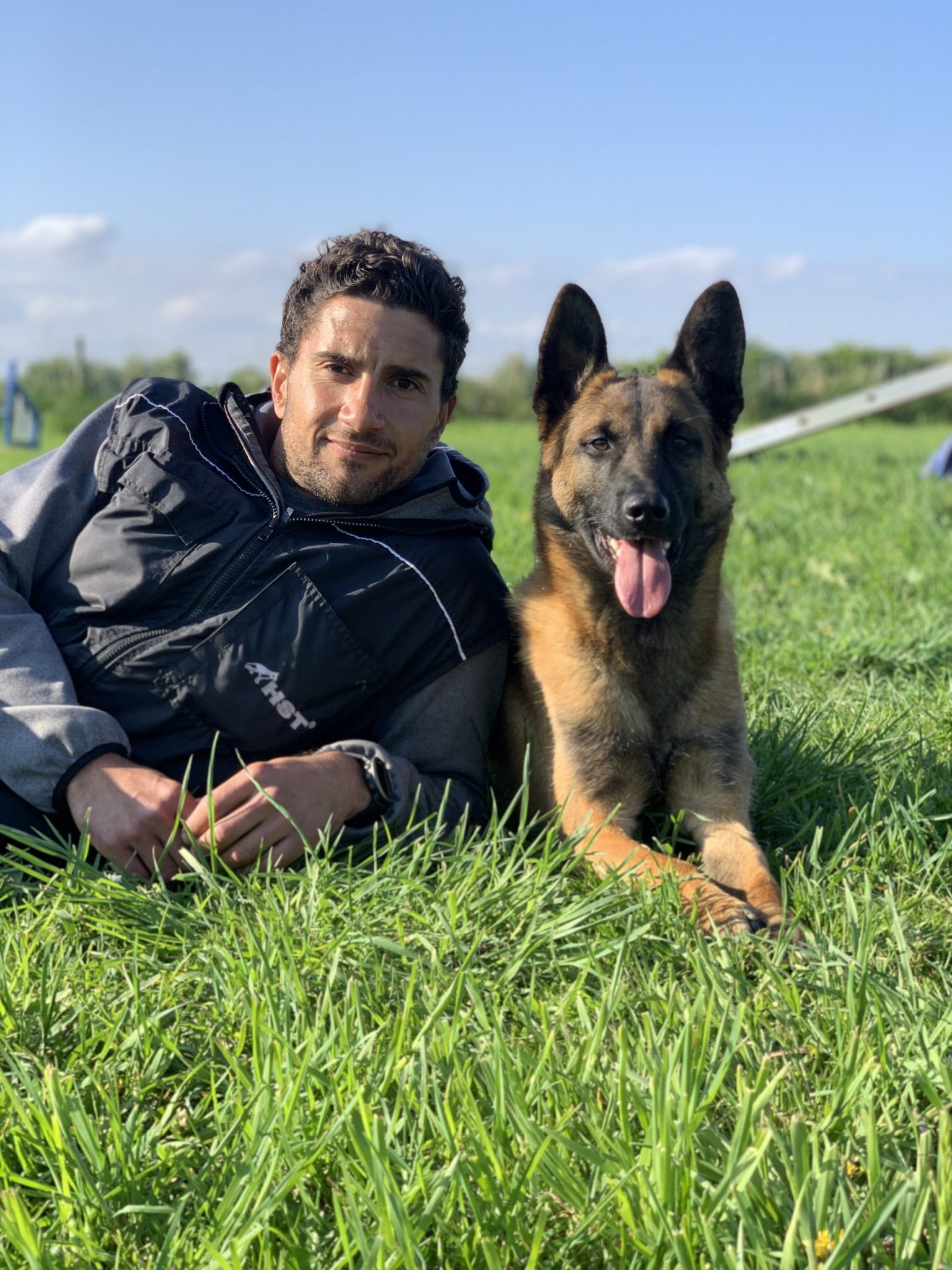 I am completely obsessed with helping and motivating dog lovers all over the world to achieve their goals with their dogs as a team. I want to show the world that with the implementation of simple lifestyle changes we can enrich the relationships that we share with our dogs and completely avoid and overcome so many of the behavioural problems that we see on a regular basis. I will show you how to take a little win away from every day and develop towards reaching your goals with your dog as a team.